Disclaimer: This post was written by one of our clients. We liked it so much that we decided to publish it here, with her permission, of course.

Last November my boyfriend surprised me with tickets to Milan. I've always wanted to go and I think he was onto me ever since I began liking literally hundreds of photos of everything Milan and Italy-related on Instagram and Facebook.

Anyway, he had planned everything perfectly and we were soon walking the streets of Milano, taking photos and eating everything in sight. It was a great time.

On December 7th, we got to the airport and found out that our return flight is delayed.

Everyone was just hanging out and waiting to board, but the staff just wouldn't open the gate.

Eventually we got told that there was a technical issue with the aircraft, that it was being fixed and we should be on our way soon.

Having visited all the shops at Bergamo airport and spent money I wasn't intending on spending, I sat next to our gate and began scrolling through my facebook feed in utter boredom.

An ad caught my eye: "Claim compensation when your flight is delayed!".

Wow! How did they know?

I clicked on it and landed on a company called ClaimCompass which apparently helps passengers get money when their flights are delayed or cancelled.

I read a bit on the website and as it turns out there's a European regulation which obliges airlines to pay between 250 and 600 euros to passengers for trip disruptions.

So before I went on another shopping round, I asked the staff at the gate if that was true, to which they responded by giving me a card with an email address to send my complaint to.

I sent an email about 3 days upon our return back home, including my name, booking and flight numbers. About a month went by and I still hadn't heard back. I sent another email. Three more weeks.

I thought maybe I'm sending this to the wrong department, so I gave the airline a call. The agent reassured me that I had the right email and that the complaint department will get back to me once they get to my case.

In about three months after my trip, I received the following reply: 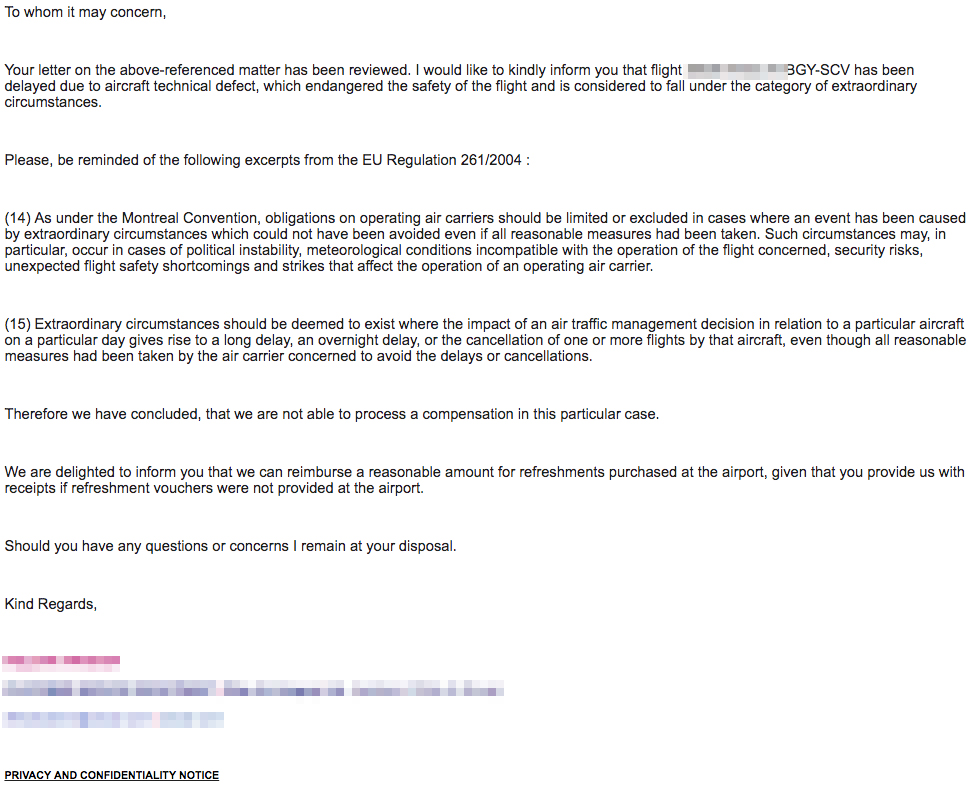 So, basically, because there was a technical defect with the aircraft, the airline isn't liable and I'm not entitled to compensation. I mean, I'm not a lawyer, but that email seems pretty convincing, with the exact references and the paragraphs, and stuff. I guess I was just out of luck.

A few months later, I assume because the people at ClaimCompass retargeted me, I landed on another one of their ads. I clicked again and since the process seemed pretty straightforward, I decided to give it a try and see what would happen if I entered my flight information.

Well, what do you know:

It said it was free to file, so I signed up to see what happens next. Now, in contrast to my experience with the airline's claim handling department, ClaimCompass kept sending me emails almost every week. At some point it even got a bit too much, but as it turned out, it was because I had forgotten to upload my e-ticket.

In about 6 weeks, I received an email stating that I'll be getting 187.50 euros via Transferwise (ClaimCompass kept 25% for their service).

But boy was I curious! What did these guys do differently? After all, the airline cited the exact paragraphs of the regulation and it seemed pretty clear: technical difficulties are extraordinary circumstances, hence no compensation for me.

So I reached out to ClaimCompass and asked to see the correspondence with the airline.

First email they received after my claim got submitted stated the same - no compensation for me because the delay was caused by a technical issue with the aircraft.

As it turned out, however, ClaimCompass thought otherwise - in a long email filled with all kinds of legal lingo, they stated:

So it turns out that a technical issue does not necessarily mean no compensation, or at least that's what ClaimCompass' lawyers think.

But then, the airline came back with another excuse - this time more detailed: the delay was apparently caused by some hidden manufacturing defect, hence again - no compensation. 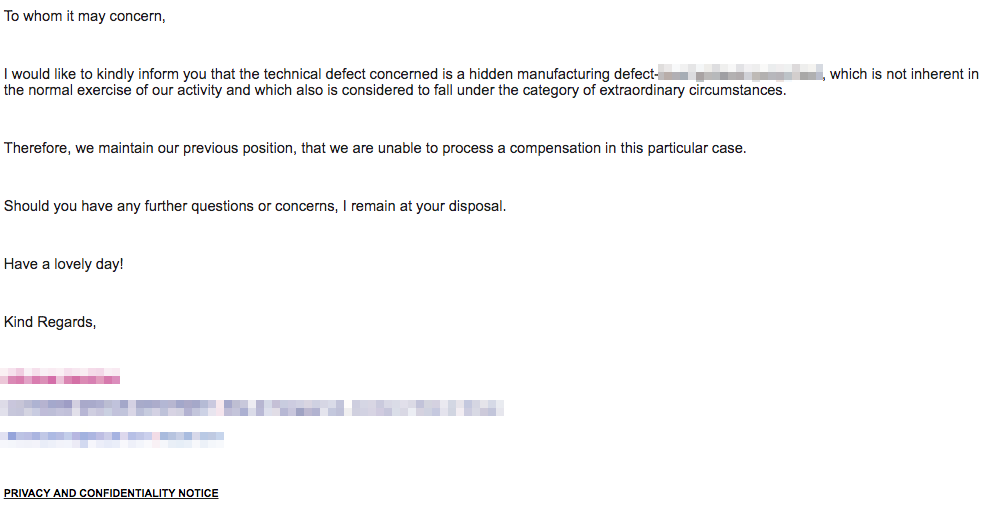 I thought that was weird - if the delay was caused by a hidden manufacturing defect, why didn't the airline just say so in the beginning.

Well, it turns out, they had their reasons. Here's the response from ClaimCompass:

At this point I would’ve thought that ClaimCompass had gone to court or something - I would’ve definitely given up. However, to my greatest surprise, this was the airline’s response: 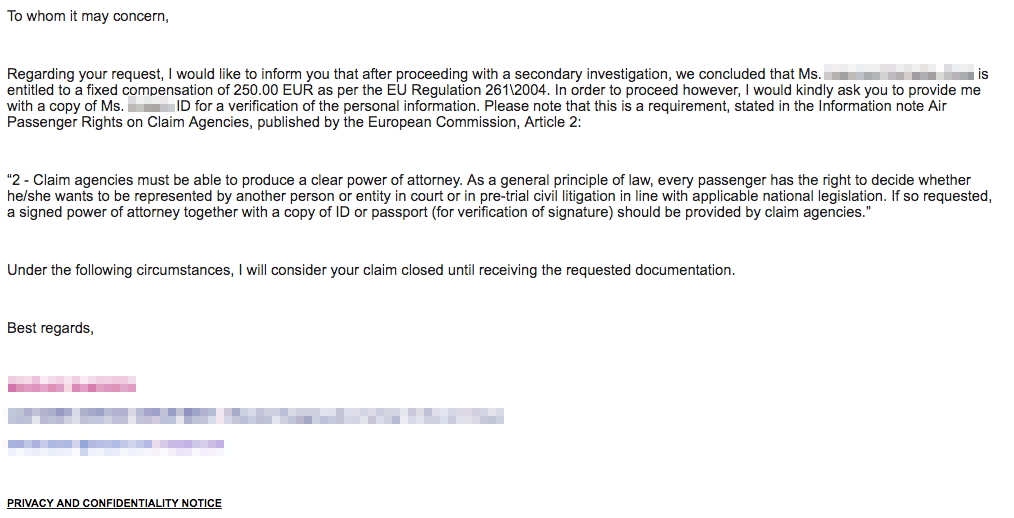 Bingo!
And then, in a couple of days time:

Now that's great and all, but I thought my flight was delayed because of an "aircraft technical defect, which endangered the safety of the flight and is considered to fall under the category of extraordinary circumstances" of paragraphs 14 and 15 of the regulation and the Montreal convention.

So even though I got some money, I couldn't stop wondering what exactly led to this unexpected turn of events and more - what happens to all these people who don't know about ClaimCompass and their rights, or choose not to pursue them?

Did my claim land in the hands of an unexperienced agent, or was that an attempt to escape liability by speculating on my absence of legal knowledge and the details of the regulation?

The people at ClaimCompass believe it's the latter and state that over 8B euros are left behind each year because passengers are unaware of their rights and don't know how to claim their compensation. And quite frankly, after going through this process myself, I am not surprised.

Now, in case you were wondering, I used my compensation towards my next trip, which happened to be with the same airline.

So I guess you could say that everyone wins. 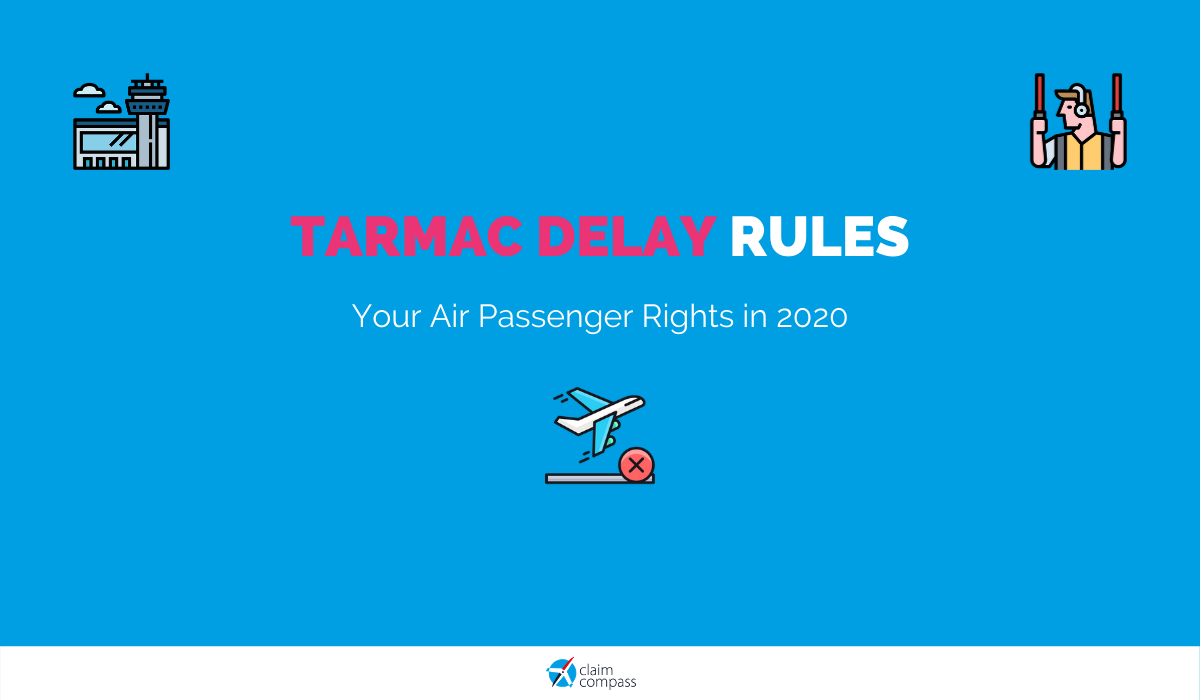 Learn your passenger rights when your plane is grounded. Lenghty tarmac delay rules (somewhat) protect you if you're stuck on the plane. 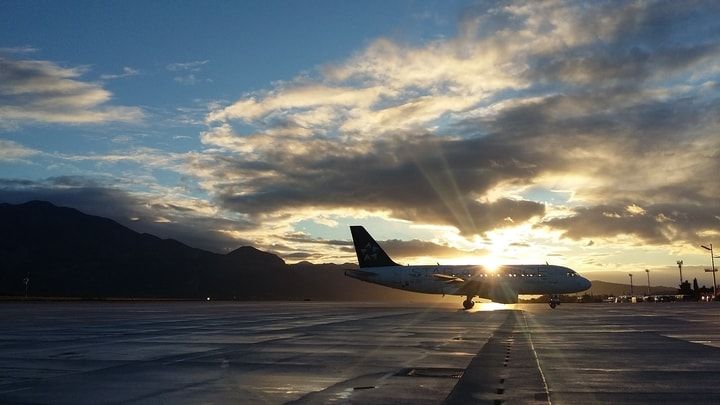 Has the airline changed your flight schedule? You may have a right to a compensation and/or a refund. Learn the rules when your flight time changes!