Your flight was delayed or cancelled. You contacted the airline's customer service to seek compensation for your inconvenience.

But all that the airline offers are vouchers as flight compensation...

Not quite what you were expecting, is it?

If that's what you were hoping for, hold on a second before accepting that offer: you might be entitled to something much better.

The airline may owe you up to 600€ in compensation for your cancelled or delayed flight:

Flight Compensations Must Be Paid In Cash 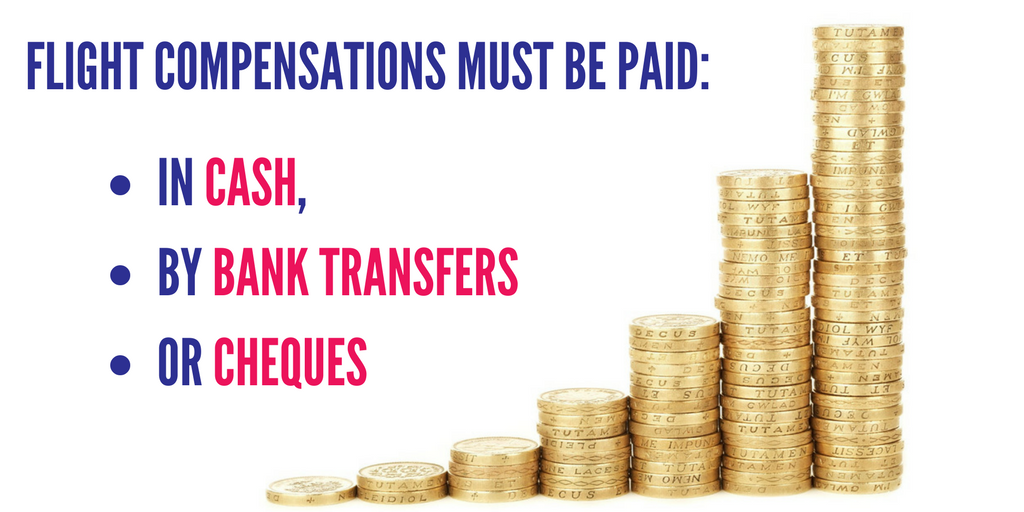 "The compensation referred to in paragraph 1 shall be paid in cash, by electronic bank transfer, bank orders or bank cheques or, with the signed agreement of the passenger, in travel vouchers and/or other services."

In other words, unless you sign a paper and agree to accept travel vouchers and/or other services in place of monetary compensation, you are entitled to money.

Now, why would airlines offer vouchers rather than pay you the compensation that you're owed?

Because this way, the money stays with the airline, and it's not really a loss for them. That's due to two reasons: 1) passengers who redeem their vouchers often end up spending some money along with the voucher, and 2) most vouchers are actually never redeemed, so the airline doesn't lose anything.

Should the airline forget to present you with the alternative and offer only a travel voucher, insist on being compensated with money instead.

How Much Am I Entitled to? 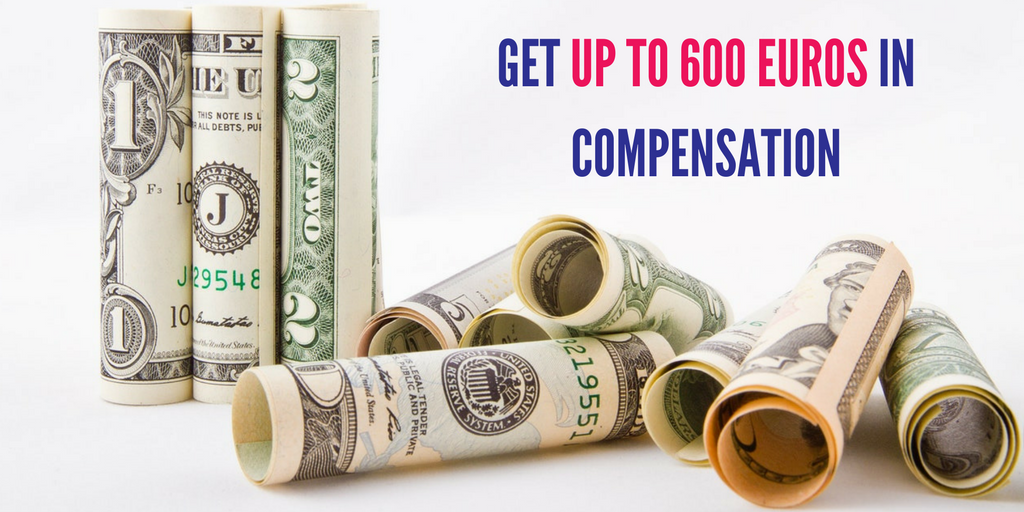 The amount of the compensation depends on the length of your flight:

There are actually several particular cases for which the amount of your compensation will be different than above, especially in the case of flight cancellations and intra-community flights. For more details, refer to this page on flight compensation amounts.

Was your flight delayed or canceled? Here's everything you need to you to claim compensation for a delayed flight. And here's a complete guide on flight cancellation compensation.

When offering vouchers rather than cash, some airlines are willing to give a larger amount than the planned compensation. For instance, some carriers will give you a choice between a 250€ bank transfer and a 300€ voucher.

Other airlines do not offer any alternative to a voucher. In most cases, the amount these airlines offer is lower than what you are legally entitled to.

In any case, we recommend that you do NOT accept the voucher.

Why Shouldn't I Accept the Voucher? 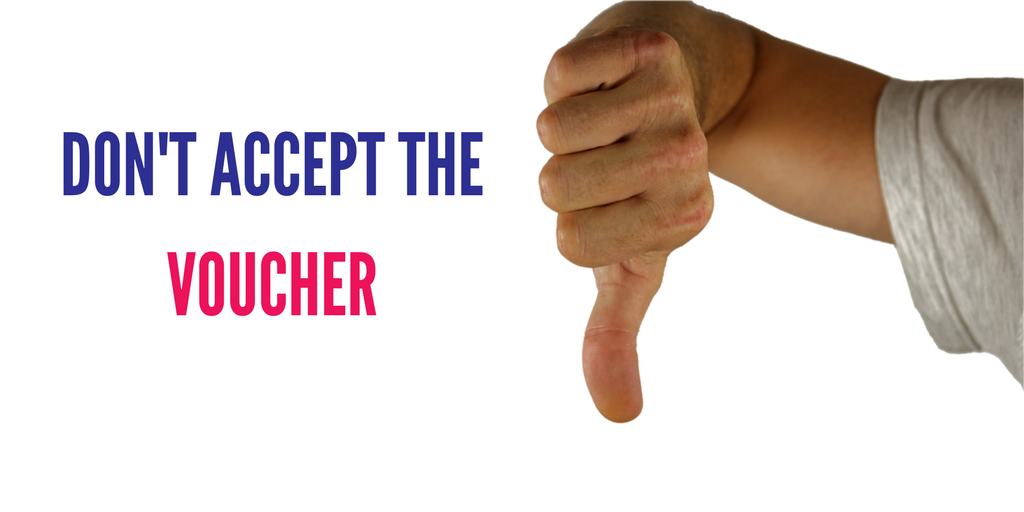 In the end, it's up to you. However, keep the following in mind when considering the alternative:

First, vouchers expire. You usually have a few months to make use of the voucher, a year at most. If you're not planning on flying again soon, accepting a voucher is anything but a good idea.

Then, know that you can only use vouchers with a single airline - the one that you just had a delayed or canceled flight with. If you just had a delayed flight with Air France, they will offer you a voucher to be used for a flight with Air France.
In the best case scenario, you will be able to use it on a KLM flight as well, or for a flight with another airline from the group.
Except if you are used to flying with a single airline or know that you will have to use the same airline's services soon, refrain from accepting that voucher.

In the end, being paid with money rather than a voucher simply gives you more flexibility: you are free to use your compensation as you wish. Even if you're going to fly again with that same airline soon, nothing prevents you to use your cash compensation to pay for your ticket: it will be the same as using a voucher.

The only situation where accepting a voucher is more interesting than requesting to be paid with money is when:

What About Meal Vouchers? 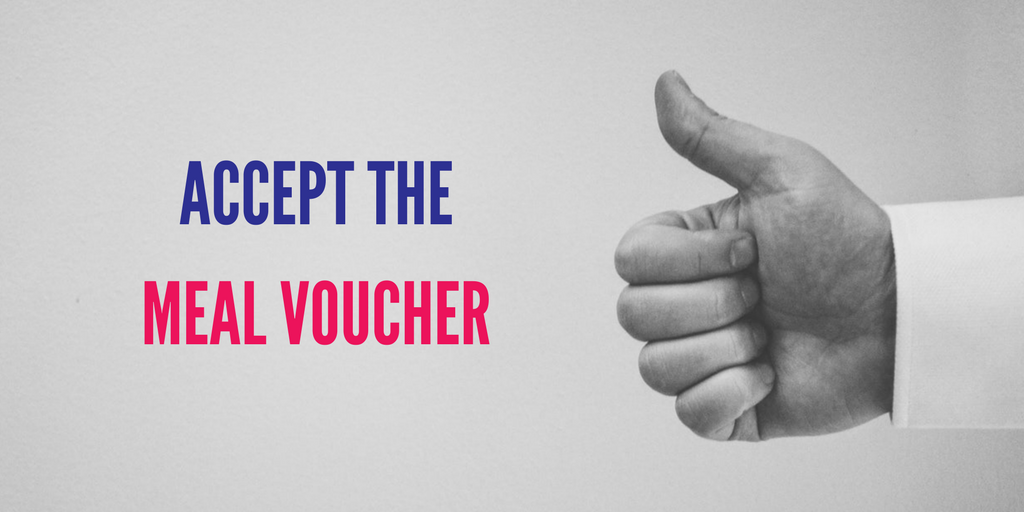 Now, that's a completely other story. Your passenger rights include a "right to care". Accepting the food voucher doesn't affect your right to compensation: you can have both.

Meal vouchers should be provided by the airline when your flight is delayed, or when it is canceled and you have to wait to be rebooked on another flight. Alternatively, the airline must provide a meal and refreshments.

The amount of the voucher is supposed to be proportionate to the length of the delay. That being said, don't expect a full-course dinner even if you have to wait several hours.

Now, if the airline doesn't provide a meal voucher, or a meal, don't let it pass. Make sure to keep the receipts of the expenses incurred. You can ask for the refund in addition to your compensation.

Bottom Line: In General, the Only Vouchers You Should Accept from the Airline as Compensation are Meal Vouchers

Had a delayed, canceled or overbook flight? Tap here to check your flight now and know if you're eligible to compensation. It takes less than 3 minutes!

And if you have any questions on how to get a flight delay compensation, get in touch with ClaimCompass! 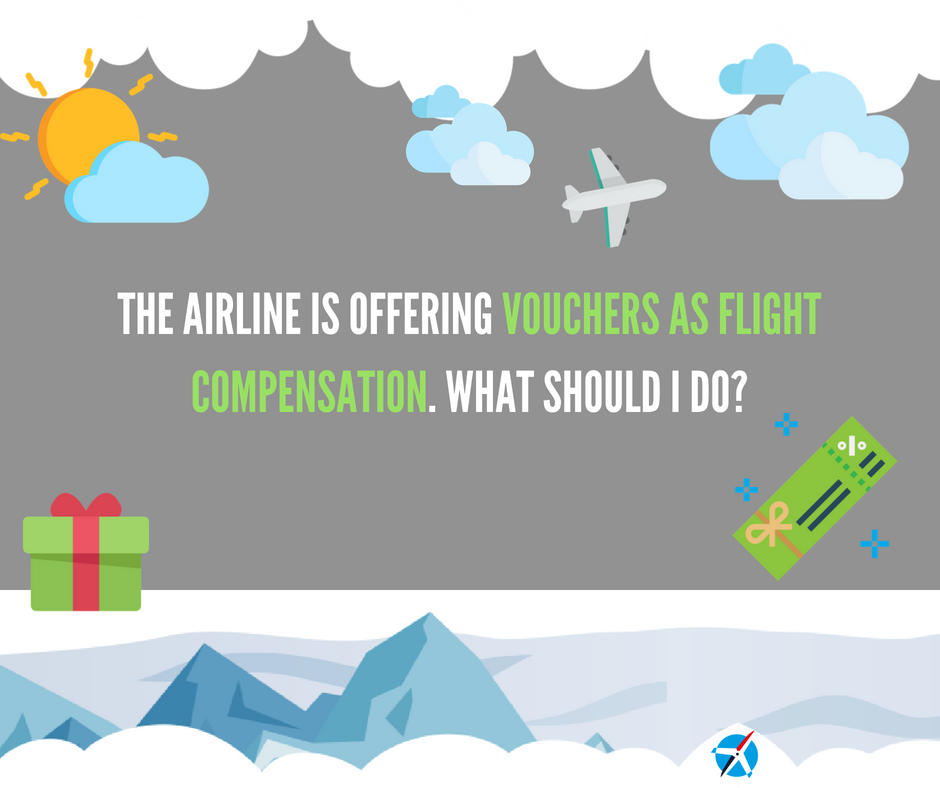 Service is now part of ClaimCompass! With just a simple inbox connection, the app discovers money hidden in your inbox and notifies you when you can claim compensation. 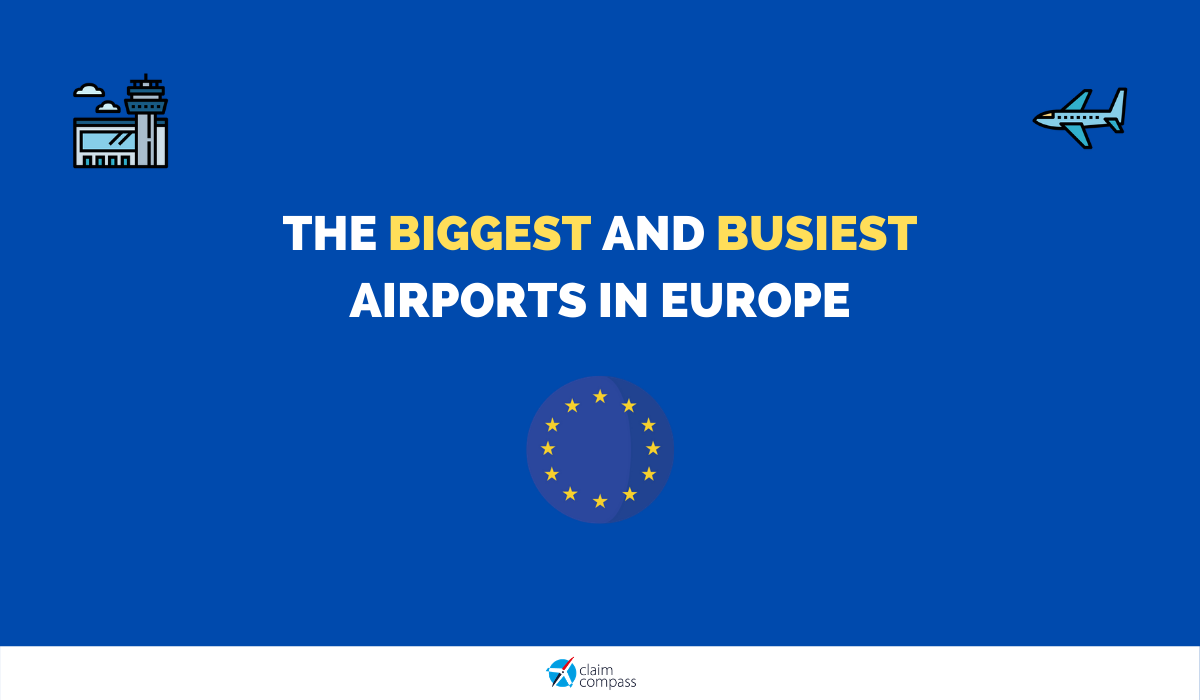 Find out which European airports are the busiest and largest in this 2020 airport ranking.

The ClaimCompass Blog
—
The Airline Is Offering Vouchers As Flight Compensation. What Should I do?
Share this