Tarmac delays are one of those inconvenient events that regularly occur and magically turn passengers' excitement about going to or arriving at their destination into stress and frustration.

There is nothing fun about being stuck on a plane. Just ask passengers stuck on Delta’s flight 2385 grounded on the tarmac for 8 hours at JFK.

However, while US passenger rights offer less protection to air travellers, the US Department of Transportation (DOT) does plan for lengthy tarmac delays.
(So does Canada, by the way).

In this guide, you will:

If your flight was delayed by at least 3 hours at destination, you could be entitled to up to $660 (600€) in compensation. Check your flight in just 3 minutes!

Note: if your flight was delayed or cancelled due to Coronavirus (COVID-19), you won't be eligible for compensation under EU law. But you could get a refund or a travel voucher. Check our post on the topic by clicking on the previous link!

What is a Tarmac Delay?

A tarmac delay occurs when the airplane is stuck on the ground. It happens either:

Between the moment when the plane doors are closed and take-off or disembarkment, there is always a delay. The length of that delay determines what constitutes a regular one from an actual tarmac delay.

Regardless of the situation, passengers like yourselves are sure to feel anxious, perhaps (mildly) irritated. And rightly so.

That being said, that awful experience doesn’t mean you’re left powerless. Air passenger rights regulations have set up rules to protect you if you’re ever stuck on the tarmac.

Tarmac Delay Rule: How Long Can an Airline Keep You on the Tarmac?

How long can an airline keep you on the tarmac in the US?

In the United States, the airline must let passengers off the plane after being grounded on the tarmac for 3 hours in the case of a US domestic flight and after 4 hours for international flights.

There are exceptions, however. You may be kept on the plane for a longer amount of time if:

Know that before being allowed to deplane, passengers have other rights while they are stuck on the tarmac. During extended tarmac delays of over 2 hours, airline passengers must be provided with:

The airline is also required to keep passengers informed about the reason for the delay and provide status updates every 30 minutes.

Note that those rules only apply to US airports: if you’re stuck on the tarmac when departing from a non-US airport or when arriving at a non-US airport, local regulations apply, not US ones.

How long can an airline keep you on the tarmac in Canada?

With the implementation of a new set of rules for passenger rights in Canada, airlines can now keep passengers on the plane, stuck on the tarmac, for three hours, before having to disembark them.

This time limit can be brought to 3h45 should the airline deem it likely that the plane is likely to be given the green light to take-off within that additional 45-minute time frame.

This applies to tarmac delays longer than 3 hours taking place at a Canadian airport. In the case of a flight from the US, Europe, or another country with Canada as its destination, national regulations would apply.

It’s worth noting that the amount of time airlines can keep you on the plane in Canada has more than doubled with the introduction of this new set of rules at the end of 2019. The 2008 Code of Conduct of Canada’s Airlines, which was previously enforced, stated that passengers could only remain stuck on the tarmac for 90 minutes (1h30) before being let off the plane.

How long can an airline keep you on the tarmac in Europe?

For once, US air travel laws are more beneficial to passengers than European ones. European tarmac delay rules state that the airline may keep you up to 5 hours on the plane before offering you the option to deplane.

On the brighter side, for tarmac delays of one hour or more, water, access to the lavatories, and air conditioning must be provided in the aircraft.

Reasons for Tarmac Delays: Why do tarmac delays happen?

You might wonder what causes tarmac delays in the first place. There are a lot of possible reasons, but those are the most frequent ones:

It’s possible that your plane is stuck on the tarmac, unable to depart, because one or more crew members are missing. This can happen for personal reasons, but also when the flight that the crew is currently on is delayed.

Airlines are supposed to plan for this kind of scenario, but air aircraft’s crew can only fly a limited amount of hours per week. It can then get complicated for the airline to find a replacement, thereby causing the aircraft to remain grounded.

Security and safety-related issues occur when airport staff report a suspicious luggage, an unidentified person on the tarmac, or a bomb threat for instance.

Airlines and airport personnel take this sort of event extremely seriously and prioritize the safety of all ai travellers. The airport often is on high alert when this happens. Planes are not allowed to take off and those that land are usually stranded on the tarmac before passengers are allowed to deplane.

The Federal Aviation Administration (FAA) imposes strict restrictions, standards, and maintenance to all aircrafts. Planes are not allowed to depart when even there is even the slightest deviation from those norms, in order to safeguard the safety of all those on the plane.

Long tarmac delays can occur when the required repairs or maintenance take a lot of time. Those mechanical delays can force the airline to disembark passengers, sometimes even cancel the flight. In this case, note that you’re entitled to flight cancellation compensation.

Tarmac delays can also be caused by high traffic at the airport. This happens essentially during the peak months such as summer or the Christmas holidays, when many people travel, and more rarely during the shoulder season. For the busiest airports in the US like Hartsfield-Jackson Atlanta International Airport, it’s a daily risk.

During those busy times of year, Air Traffic Control may have a hard time orchestrating the safe arrival and departure of every plane, especially if they have to juggle with delayed schedules, security threats, bad weather, and any other event likely to disrupt the smooth operation of all flights.

Adverse weather conditions are one of those extraordinary circumstances that you do NOT want to run into when you take the plane. They occur mainly in the winter during heavy snowfalls and storms that seriously hinder the normal operation of a flight, but also during hurricane season.

About a third of flight delays and cancellations occur as a result of bad weather. They also make it hard for airport staff to find a revised departure time, especially if it’s a busy airport. The worst part: you’re not eligible for compensation when this is what caused your long tarmac delay.

Yes. In the US, the DOT enforces the Enhanced Protections for Airline Passengers regulations (14 CFR Part 259) that forces airlines to set up contingency plans for lengthy tarmac delays.  The same is true for Canada, with the Air Passenger Protection Regulation (APPR), Bill C-49.

According to those rules, air carriers must ensure that they have sufficient resources to implement their tarmac delay contingency plan and meet the requirements of the law.

In fact, those contingency plans do not differ much from the rules already specified by the applicable law.

United Airline’s contingency plan, for example, states that the airline will provide information on the status of the delay, adequate food and potable water as well as operable lavatory facilities when the aircraft remains on the tarmac and comfortable cabin temperatures.

They also reiterate their obligation to return the aircraft to a suitable disembarkation point to organize passenger deplaning.

Those plans are usually set up in coordination with airport authorities at all the airports served by the airline (including diversion airports), along with the U.S. Customs and Border Protection (CBP) and Transportation Security Administration (TSA) in the US.

You cannot do anything to prevent a long tarmac delay. But knowing about your rights when it happens to you ensures that you can get the best out of this awful experience.

Despite their contingency plans and efforts to reduce the amount of lengthy tarmac delays, those regularly happen.

It doesn’t compensate for your experience, but it’s good to know that airlines must answer for their bad passenger treatment.

Don't forget that you can claim compensation for your delayed or cancelled flight! Check if you're eligible for up to 600€ in less than 3 minutes: 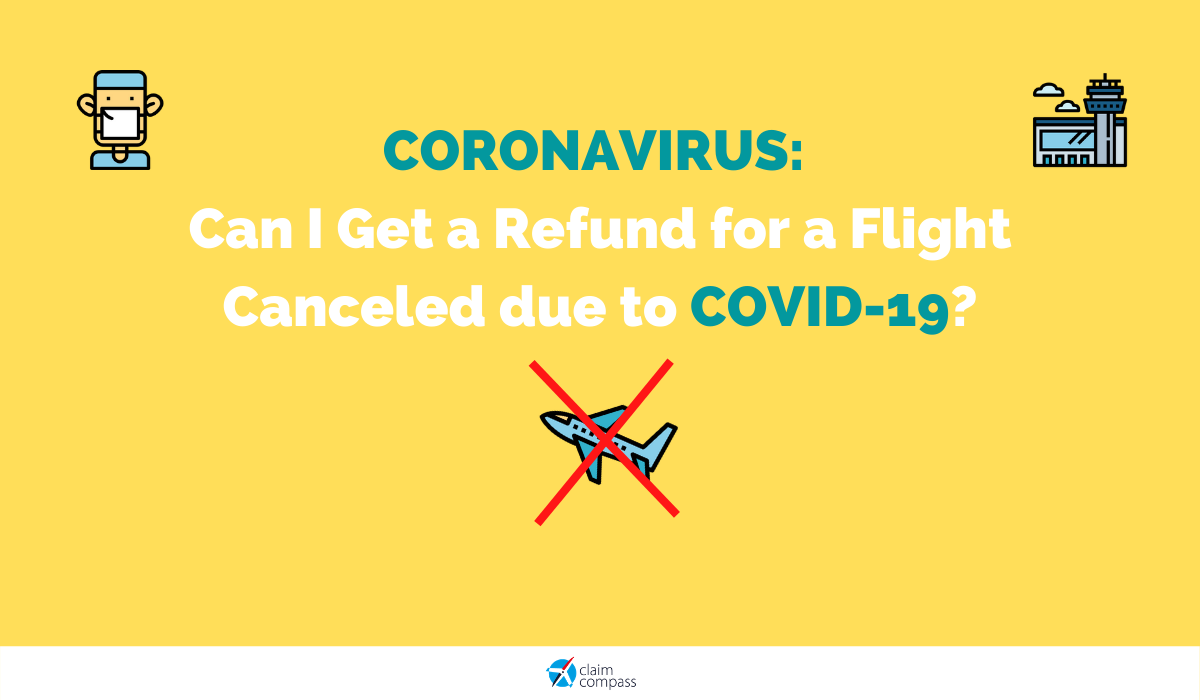 Air travel is a mess as a result of the coronavirus pandemic. If the airline canceled your flight due to COVID-19, can you get a refund? 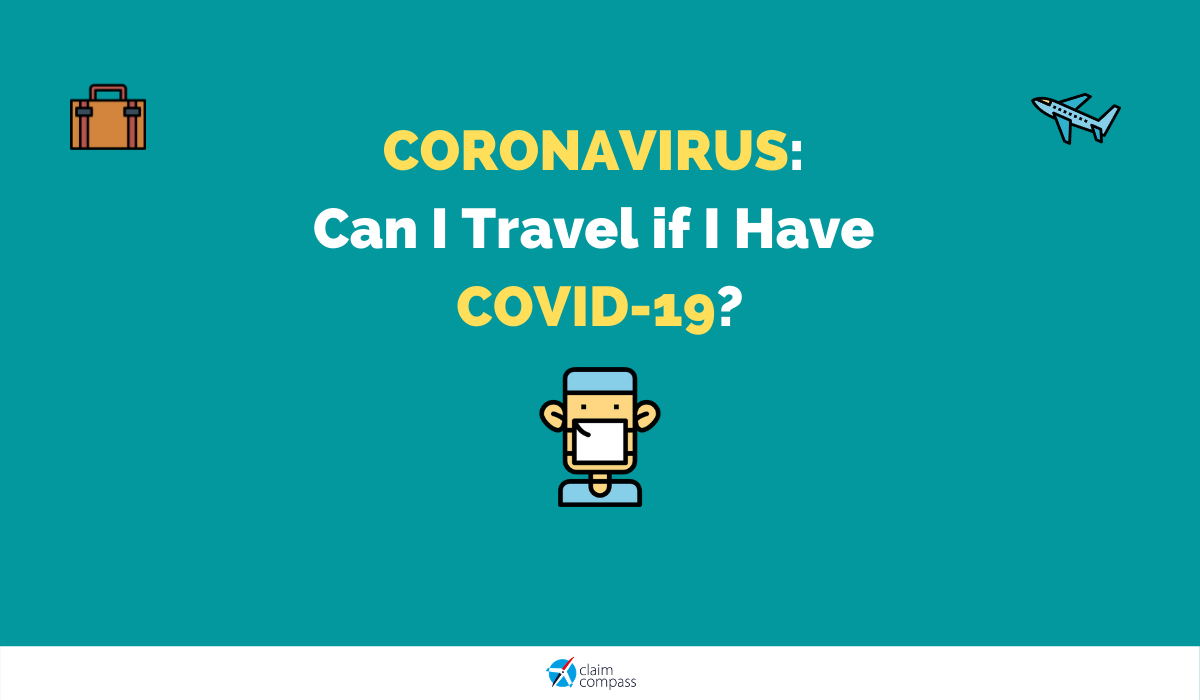 Amid the coronavirus pandemic, governments set up strict travel restrictions. So, is it possible to travel when you've tested positive for COVID-19?

The ClaimCompass Blog
—
Tarmac Delay Rules: Your Passenger Rights in 2020
Share this