You're on the plane, flying (more or less) comfortably to your destination, looking forward to getting back on the ground, when the pilot makes an announcement.

The plane has changed its itinerary, your flight is diverted to another airport.

What are your passenger rights when this happens? Can you get a diverted flight compensation?

Claim flight cancellation compensation if the airline cancelled your trip!

What does Diverted Flight mean?

A flight diversion occurs when the plane doesn't land at the airport where it was supposed to arrive.

Now, rest assured that this doesn't (usually) arrive by mistake: a flight is diverted when the pilot has to change its itinerary. This can be done because of a decision made either by the pilot or by Air Traffic Controllers (ATC).

For example, your flight was scheduled to depart from New York (JFK) and arrive in London Gatwick (LGW). But because of an incident in Gatwick, Air Traffic Control asked the pilot to deviate from their path and head toward London Standsted (STN) instead.

It's important to stress the difference between a flight diversion and an emergency landing. The flight is diverted when a precaution is being taken, by either the pilot or ATC, or because it's in the best interest of the passengers. An emergency landing, however, occurs at the discretion of the pilot, when the safety of the cabin is at risk.

Keep also in mind that the best airport to divert the plane to isn't necessarily the closest one. As a rule of thumb, the plane won't be redirected to the closest airport, but to the most convenient one instead.

Your flight was diverted? You may be eligible to up to 600€ per passenger as diverted flight compensation. Submit your claim now!

Now, why would a plane be diverted?

When can the Plane be Diverted?

As mentioned above, either the pilot or ATC can decide to divert the plane from its original itinerary. Usually, the pilot does so for reasons linked to the aircraft or the people on board (passengers or crew), while ATC requests a flight diversion because of events at the airport or air traffic restrictions.

Plane Diverted due to Weather

One of the reasons why your flight can be diverted is the weather. While airlines and airports can generally predict weather patterns in advance, some extraordinary circumstances do occur. A natural disaster, like a hurricane, would also cause your flight to be diverted.

If a massive storm is in the way of your flight's itinerary, it's likely that your flight will be diverted. In most cases, when this happens, the plane lands at a different airport: it's rare that the change of trajectory is only temporary, letting the plane land where it was supposed to.

On that note, NASA has been working on improving the way airlines and Air Traffic Control can better anticipate changing weather patterns and adapt the flight's itinerary accordingly, to reduce the amount of flight diversions and delays due to bad weather.

Plane Diverted because of a problem with the Aircraft

When the pilot detects a mechanical problem with the aircraft, they will usually seek the most convenient airport to land, as a matter of precaution, rather than take the risk to bring the plane to destination.

Note that many flight diversions caused by a problem with the plane are mistakenly reported as "emergency landing". As explained at the beginning of this post, this would imply that there is a risk for the safety of the cabin. In most situations, it isn't the case.

“The prompt landing is a precaution against the risk that another engine will fail later in the flight. It’s a relatively controlled situation unless it was a catastrophic event (an uncontained failure, for instance) that damages critical parts of the aircraft (fuselage, control lines, hydraulic systems, etc).”

A typical example is that of an engine failure. It sounds awful, right? You're mid-air and the one of the engine fails - how is that not an emergency?

In fact, aircrafts are built in such a way that they can fly safely even when one of the engines is down. The fact that the plane has to land is merely a precaution, in case another engine fails during the flight, or another extraordinary event happens.

Plane Diverted due to Unruly Passenger

The pilot can decide to divert the plane because of an unruly passenger on board.

This happened on Thursday, June 13th 2019 for the Paris bound Delta flight DL500, when a passenger "began to yell and act erratically. This includes hitting a flight attendant in the throat with an open hand".

Disruptive passengers can indeed ruin the flight to the extent of rendering the diversion of the flight necessary. The crew will always seek a peaceful resolution to the problem, whatever it may be. But when the safety of passengers on board is threatened, the pilot can choose to reroute the flight.

Note that flight diversions may also occur due to legal issues involving one passenger or more. This is a very rare event that could happen if the authorities realize that a fugitive has boarded the flight: ATC could then ask the pilot to turn the plane around so that the authorities arrest the criminal.

Plane Diverted due to Medical Emergency

Medical emergencies can affect the crew or the passengers. When they occur too far from destination, pilots divert the plane to a different airport.

This is what happened, for example, in February 2019, to a WestJet flight from Vancouver to Toronto. A medical emergency on board caused the plane to be diverted to Thunder Bay, Ontario.

Causes for medical emergency are varied, from intense sickness to life-threatening conditions.

When a major security incident occurs, pilots or Air Traffic Control will obviously let the plane deviate from its original itinerary. This can happen is case of problems at the airport, like an armed conflict, or inside the plane.

For example, on June 27th 2019, an Air India plane was diverted to London Stansted because of a suspected "bomb threat", instead of pursuing its planned trajectory to land in New York.

Depending on the nature of the security threat, the diversion can occasionally be regarded as an emergency landing.

Had a flight diversion? You may be eligible to up to 600€ per passenger as diverted flight compensation. Submit your claim now!

Can I Claim Compensation for a Diverted Flight?

A flight diversion is regarded as a flight cancellation by the applicable EU law and as such, you can get a compensation.

Then, how late did you arrive at your final destination? If it's at least 3 hours, then you might be eligible to a flight diverted compensation. Keep in mind that what matters is the delay at your original destination: if your flight is diverted, the airline must arrange for your rerouting to the airport where you were supposed to reach.

The final element to consider is: who is responsible for the diversion?

When it wasn't the result of extraordinary circumstances, but the airline's responsibility, then you are entitled to compensation under EC 261.

This occurs in case of technical problems for instance. Unlike what the airline would have you believe, those are NOT extraordinary circumstances. As such, airlines are liable to pay passengers up to 600€ in compensation for their flight disruption.

To know how much money you're entitled to, take a look at this post. Or fill out our Compensation Calculator with your details - it takes only 3 minutes.

What if I Miss my Connection because the Plane was Diverted?

The same rules applies: if your flight is eligible under EC 261 and the diversion was the airline's responsibility, then you can get compensated for missing your connection.

The airline is supposed to put you on another flight to your final destination: this means that you may not have to go to the airport where you missed your connection, but to another one instead - or straight to your destination.

By the way, the same applies if you missed your connection due to the delay of the first leg of the journey: you can get a compensation for delayed flight.

How can I Minimize the Impact of a Flight Diversion?

You cannot anticipate when a flight diversion will happen - as a result, it's hard to prepare for it. That being said, you can still take a few precautions.

By flying early, you give yourself some more time to make arrangements in case your flight is diverted - this way, you might reach your destination by the end of the day.

If your late afternoon or evening flight is diverted, you're likely to be stuck for the night. The airline must offer you a hotel room along with the transfer from and to the airport, but you'll still be away from your destination.

This won't prevent that flight from being diverted, but at least, you won't have to worry about missing a connection.

Pack your important items in your carry-on

In case you'll have to stay overnight, you want to have easy access to your item of first necessity (medication, toiletries, change of clothes). You might also want to have your laptop with you, in case you need to arrange for a way to your destination on your own.

If someone was supposed to come pick you up, you better tell them that you won't be at your destination as planned.

The same goes for the reservations you may have made in advance: car rental, accommodation, etc. It's not guaranteed that they won't cancel your booking, but letting them know about what happened to you will surely increase your chances.

You could also keep the airline's number with you, to get a quick hold of them in case there's a line at the airport desk.

If your flight was diverted, fill out our Compensation Calculator with your details. It takes only 3 minutes to know how much you can be eligible to.

A compensation doesn't remove the inconvenience caused by a flight diversions - but it does make things a bit better, doesn't it?

Are you travelling during the coronavirus pandemic? Check our travel advice on COVID-19:

You may be entitled to compensation for a cancelled or delayed flight. But not if the delay was caused by extraordinary circumstances. 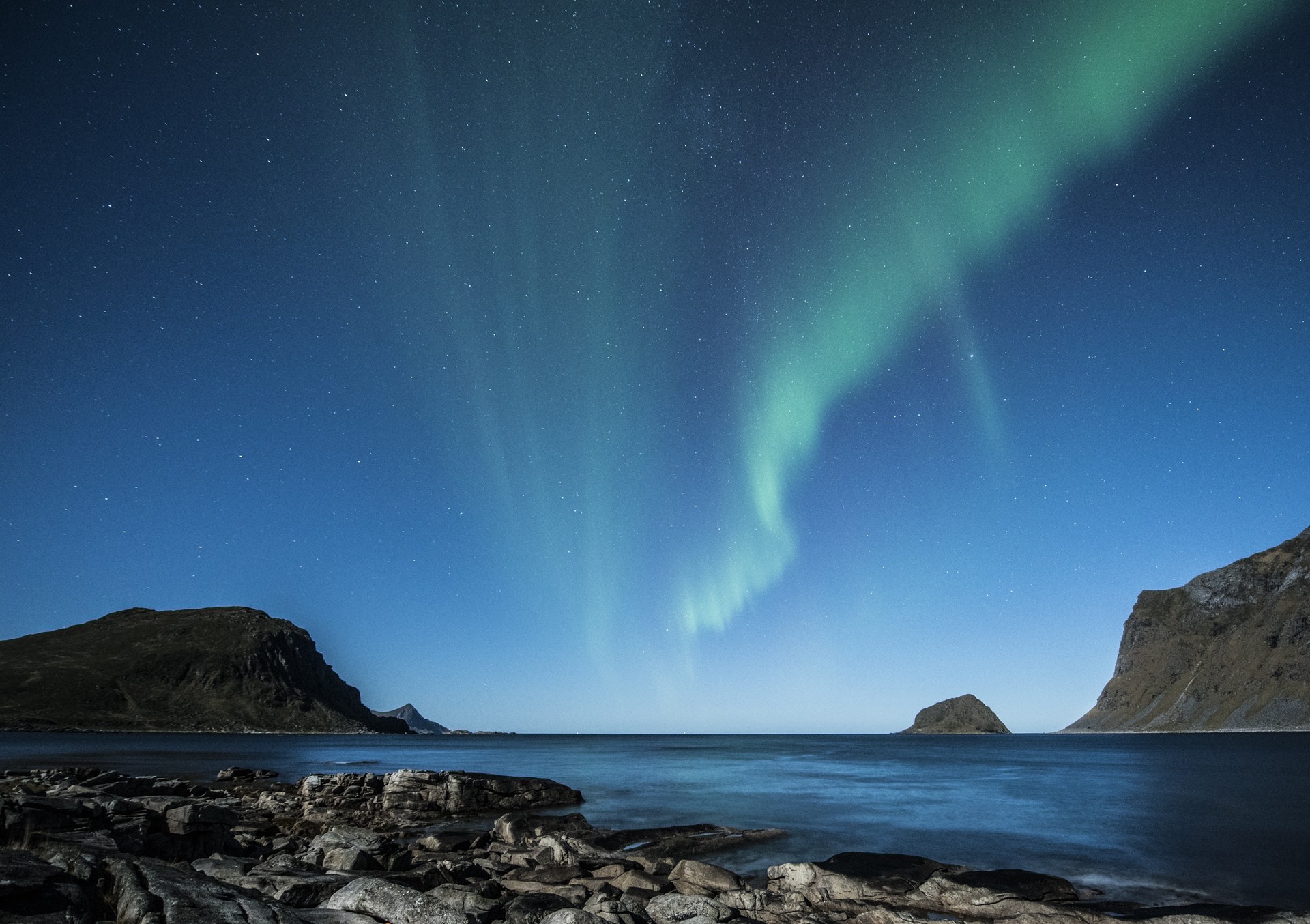 Frequent fliers and travel bloggers gave some of their favorite destinations. Check out some of the world's best places to visit in 2021!

The ClaimCompass Blog
—
Can I Claim Compensation for a Diverted Flight?
Share this