It's a little known fact that passengers who experienced a flight delay can claim up to 600€ in compensation from the airline.

The exact amount of the flight compensation is most easily determined by using a Flight Delay Compensation Calculator.

In this post, you will learn EXACTLY how a flight compensation calculator works - and, perhaps more importantly, the reasons why you need to know it exists.

If you've had a delayed flight, you can already take a look at this Compensation Calculator:

Flight Delays and Your Right to Compensation

Do airlines compensate for flight delays?

Yes, they do. To be eligible, however, the airline must be responsible for the delay.

If the flight was disrupted because of "extraordinary circumstances", such as air traffic control restrictions, adverse weather conditions, or security risks at the airport, then the airline is not obligated to compensate passengers.

Even when the airline is responsible, however, your eligibility for a delayed flight compensation depends on the length of the delay.

How long does a flight have to be delayed for compensation?

You need to arrive at your final destination at least 3 hours late to claim a compensation for your delayed flight.

Note that it's the delay at arrival that matters (not the delay at departure): for example, if your flight departed 3h15 late, but caught up on the delay during the flight and arrived "only" 2h58 late, then you are not eligible to a compensation.

If your journey includes a connection and the first flight is delayed but you still arrive at your final destination less than 3 hours late, you are not entitled to a compensation either.

How Do I File a Complaint Against an Airline?

This is where a Flight Delay Compensation Calculator will come in handy. It lets you fill out your flight details and a couple of additional info in a few simple steps. In less than 3 minutes, you'll know 1) if you're entitled to compensation and 2) how much you're entitled to.

How does a Compensation Calculator for flight delays work?

All you need to do is input the details of your delayed flight.

Based on this, the Calculator will tell you whether you're eligible to a compensation for flight delay or not.

If you are, it will automatically tell you how much the airline owes you, according to EC261.

How much compensation do you get for a delayed flight?

The amount of the compensation varies according to the distance of your entire journey:

1) To know if your flight is under EC261's jurisdiction

US regulations do not protect you when your flight is delayed. But in Europe, the EU Regulation 261/2004 (known as EC261) defends your passengers rights.

The flights for which EC261 is applicable are:

This can quickly get complicated, especially with the latter case. Not to mention that there are a few territory exceptions.

A Flight Delay Compensation Calculator automatically takes all these rules and exceptions into account to determine whether or not your flight falls under the jurisdiction of EC261.

2) To calculate the exact compensation amount you're owed

The general rule, as described above, states that you're entitled to a compensation between 250€ and 600€, depending on the distance of your flight.

But there are, here again, a few exceptions, which allow the airline to reduce this amount by 50%, based on the length of the delay.

A Compensation Calculator for Flight Delays takes this into account as well, to determine exactly how much you can hope for.

3) Airlines aren't always honest with you

Passengers have been lied to by airlines when seeking compensation directly with them. Usually, this happens when the airline tries to exonerate itself by justifying the delay with a reason that isn't regarded as an "extraordinary circumstance" by the EU law.

With an ever increasing amount of delayed flights, you need to be armed properly if this happens to you: unfortunately, some airlines make a habit of arriving late.
Your best chance at getting what your owed is undoubtedly a Delayed Flight Compensation Calculator.

Your flight was cancelled? Check out this guide on flight cancellation compensation!

Keep in mind that if your flight was cancelled during the coronavirus pandemic, you cannot get a compensation. However, you may get a refund from the airline.

Take a look at our guides on the topic: 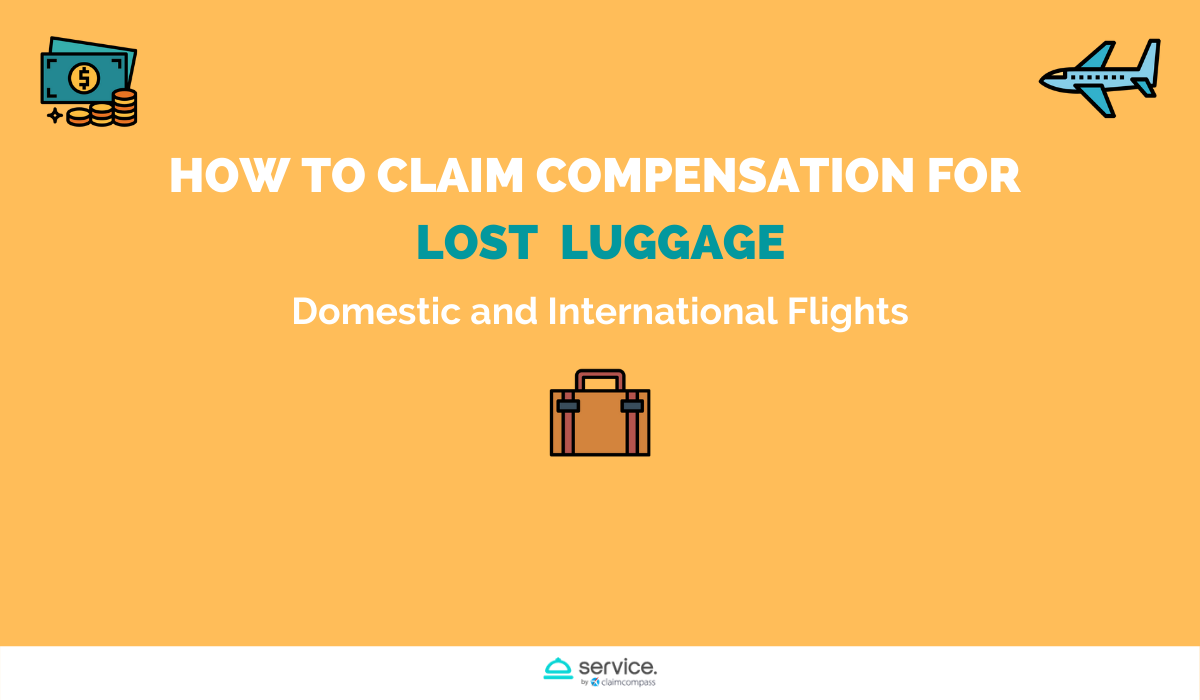 If your bag is lost or you haven't received it 21 days after your flight, you could get up to $3,500 in compensation. Here's how to claim, step-by-step.

The ClaimCompass Blog
—
How does a Flight Delay Compensation Calculator Work?
Share this