Flight cancellations can seriously disrupt your travel plans and they are never fun to deal with. Thankfully, you may be eligible for a flight compensation under the EU Regulation and the Montreal Convention.

In 2019, 17% of passengers indicated that the main reason for their trip disruption was a flight cancellation. And this probably hasn't changed much since!

Here is what you need to know in cases of cancelled flights.

Was your flight cancelled? Check if the airline owes you money!

What to do when your flight is cancelled?

CHECK IF YOU'RE ELIGIBLE NOW

You learn about the flight cancellation at the airport

The airline is obligated to let you know about the flight cancellation as soon as possible. However, if the flight is cancelled at the last minute or the airline failed to notify you and you get to the airport despite the cancellation, here's what to do.

Ask to be re-routed

If you’re already at the check-in counter - stay there and ask to be rebooked on the spot. Don’t unleash your anger on the agent - it’s not their fault if your flight got cancelled, and this is the person that may be in a position to help you. In case you just got to the airport and found out your flight is cancelled, don’t line up: the rule is first come, first served, so call the airline instead. Insist on being re-routed as soon as possible. If the airline isn’t capable of providing an alternate flight and you must get to your destination, deal with it later and try booking it yourself via apps like Skyscanner.

You don't want to be re-routed

Should you refuse to be rebooked on another flight because you would miss a connection or the delay at your destination would be too important, the airline must refund your ticket and provide you with a flight back to your point of departure (if you need one).

What happens while I wait for my alternate flight?

If your flight has been cancelled without notice, you are entitled to meals and refreshments proportional to the waiting time. Should a stay of one or more nights become necessary, the airline is required to provide hotel accommodation and transport between the airport and the hotel.

Be aware that this "right to care" should not be confused with your right to compensation. Just because the airline offered you meals, refreshments and, if need be, a hotel room, it doesn't mean that you are not entitled to further compensation!

Check if you’re eligible for compensation 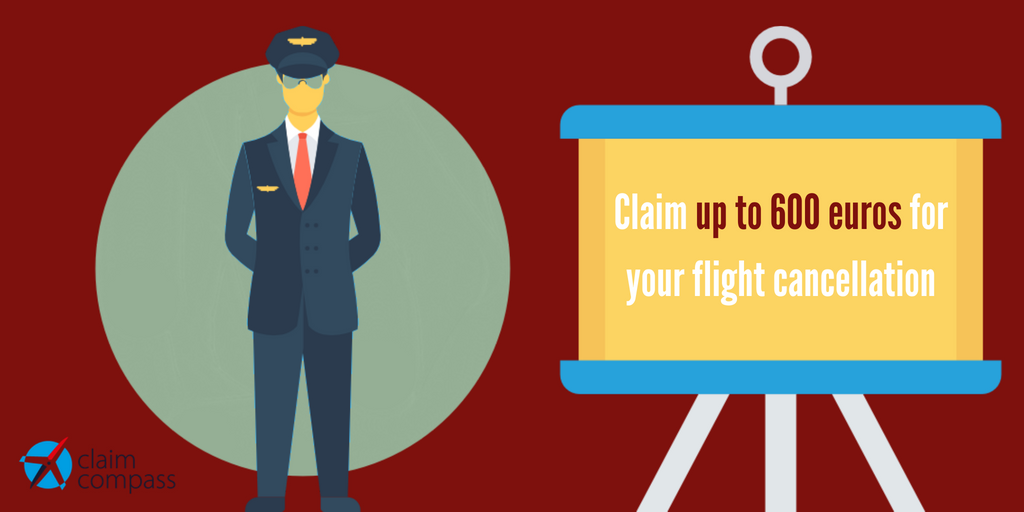 If you haven’t already, I suggest that you take a look at the steps to follow to file a claim for cancelled flight under the EU Regulation 261/2004.
In a nutshell, if the delay is at your final destination is not the result of extraordinary circumstances (such as adverse weather conditions, Air Traffic Control restrictions, or security threat for example), then you may be entitled to a flight compensation for the cancellation.

In which cases am I not eligible for compensation?

In addition to extraordinary circumstances, there are 3 other situations for which you are not entitled to compensation:

How much am I entitled to?

Provided that your flight is eligible under EU261 and that your situation does not meet any of the ones described above, then you are entitled to:

Check out this post on the amounts of compensations for cancelled flights for more details.

Can I get a compensation for a cancelled US flight?

Unlike the EU, there is no federal law that require airlines to pay compensation for a cancelled US domestic flight. Usually, the airline will try to rebook you on another flight depending on seat availability or refund your ticket - take a look at your air carrier's website to know their policy. But they are not obliged to pay compensation for flight cancellations, which is not the case with boarding denials. You can learn more about passenger rights in the US right here.

What if it was an international flight?

However, if your flight departed from the US and landed in the US, with a planned stopover abroad (in Canada for instance), you might get a compensation according to the Montreal Convention. The same goes for international flights departing from or arriving in the US, provided that the other country (of departure or arrival) ratified the Convention. To know more about your passenger rights for cancelled international flights, check out this page. Also, do note that the Montreal Convention plans compensation for "damages" due to the flight disruption. In most cases, you will "only" recover the cost of your additional expenses.

Depending on your flight and the applicable legislation, you may or may not be eligible to a flight compensation.

What you need to remember is to ask for an alternate flight as soon as possible and refuse freebies from the airline that would make you surrender your right to compensation. 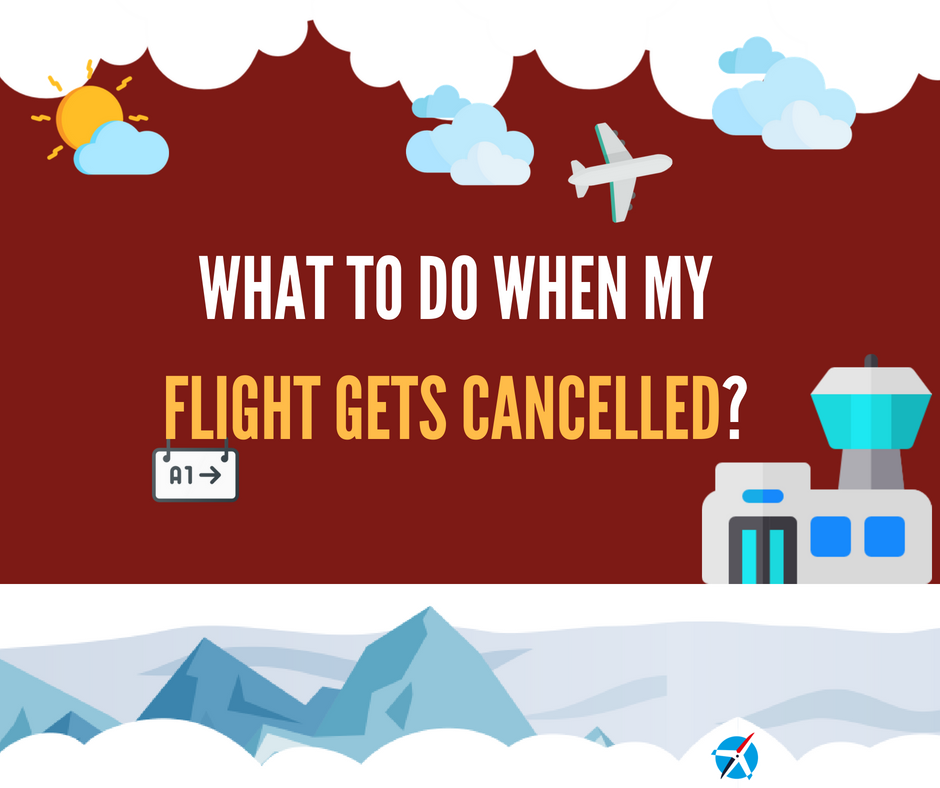 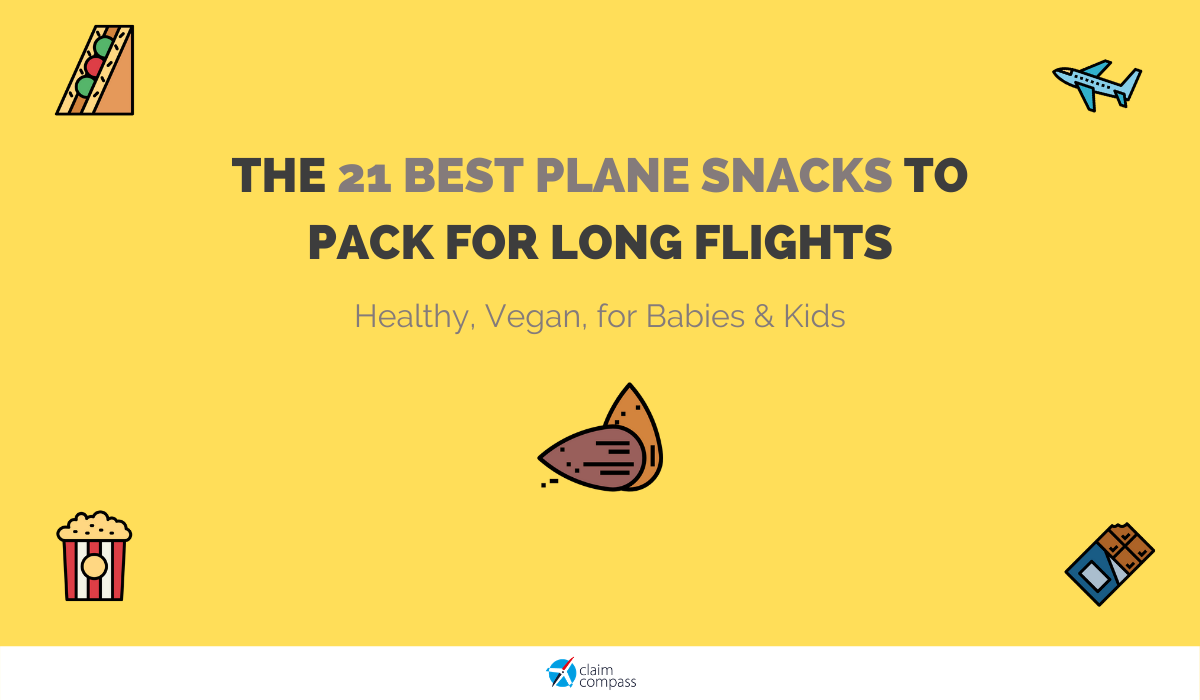 The only list of the best airplane snacks you need for a better flight: healthy snacks, vegan ones, or what kids and babies can eat on the plane. 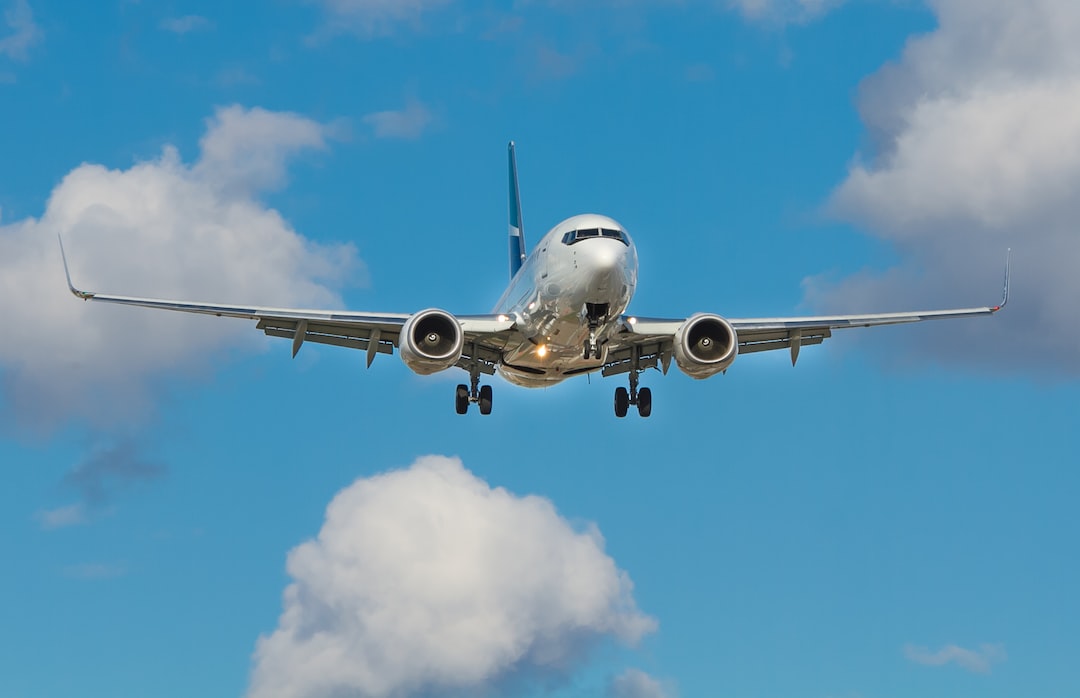 Airlines are cancelling flights to China as a result of the rising death toll of the Coronavirus. Can you get compensated or refunded for your flight?

The ClaimCompass Blog
—
What To Do When My Flight Gets Cancelled?
Share this