"There's no better time than when you're broke to travel!"

"You should quit your job and travel".

Have you ever heard that? These are sermons often preached by travelers seeking to inspire their public to follow in their footsteps.

It's also a great piece of misleading advice at best. Dangerous nonsense at worst.

Which is a shame because these long-term travelers are rarely, if ever, ill-intentioned. They're living their dreams and think they will help you do the same by listening to their advice.

Unfortunately, while some of what they say might make sense, the overall message is wrong.

Being broke isn't the best time to travel. Leaving your job probably isn't a good idea either.

Well, it's obvious, isn't it? If you're broke, you have nothing to lose: you have everything to gain! Why not give your dreams a try, then?

Plus, if you don't like your job, leaving it is easy. Why would you keep suffering? Saying goodbye to something you don't like is a piece of cake. You might even slam the door, just like the dramatic exit that you've been picturing in your head for a while.

And imagine what lies ahead of you? You might find the love of your life, live fantastic experiences, acquire invaluable knowledge!

There is no perfect time to travel. If you always wait till it gets better, you'll always find a reason to wait. It's your chance to follow your dreams!

After all, what could happen? At worst, it won't work out and you'll get back to square one. So it's worth a shot! 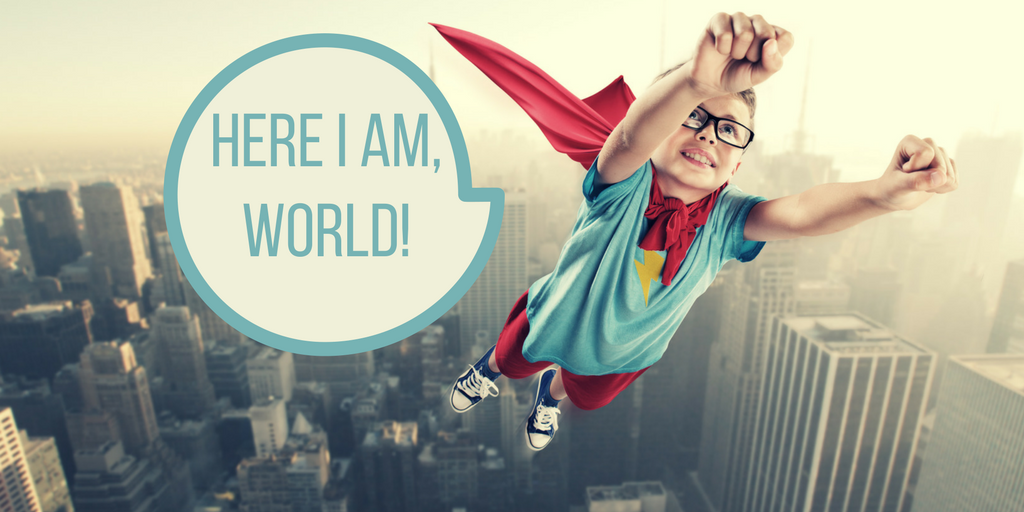 Why This Advice Is Dangerous

I definitely agree that when I have more money than I really need, I spend it carelessly. In retrospect, I wish I didn't have as much. But that's entirely different from saying that being broke is awesome.

You'd have to be lucky enough to live in a privileged environment to think like that.

"If everything goes bad, you can always get back to square one".

Sleep at your parents' house or take your old job back. There's a mattress to catch you in case you fall, awesome!

That could happen, yes, but do consider this:

You've left everything and everyone behind to live your dreams. You had hopes, you were happy, motivated. Unfortunately, it didn't work out, so you go home. Or to your parents' house if you sold your place before leaving.

I bet your family and friends will be glad to see you. And you to see them. But you'll feel bad inside nonetheless. Because you had to give up your dream. You failed. It might seem like nothing, but I bet that mentally, it'd be hard to recover from it.

What about now? You go back to your old job? Alright, let's assume they do take you back. Now that they know your lack of motivation about it, don't count on it getting any better than it was.

If things go bad, you most likely won't be starting from square one, but even further than that. 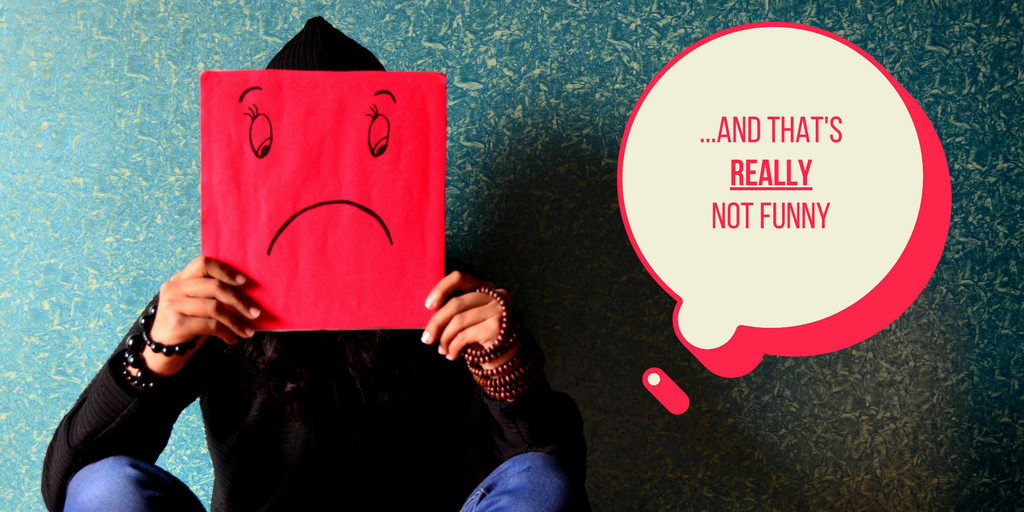 "Being broke is the best time to leave"

It's one thing not to have money and another to owe some or to need to give some to people you care about who depend on it.

That's why I brand this advice as dangerous. It's noble to seek to inspire people - it's dangerous to do so without presenting the consequences it might also have.

For many people, it doesn't come down to "not worrying about money" or choosing between an amazing life experience and a crappy job. It's often more dramatic: pursuing a dream that they might not be prepared for, at the risk of making their situation even worse or keep working hard because they have to, and yes, it's safer.

What We Should Say Instead: "You Don't Have To Be Rich To Travel"

Granted, it won't sell as well. But when you have people listening religiously to everything you say, screw populism: give us the truth.

I'm pretty confident that before actually leaving, preachers of the Instagramable "Being broke is the best time to travel" quote first took the time to save at least some money.

Yes, the sharing economy allows you to travel and sleep for very cheap, sometimes nothing. But you'll still have to work from time to time. 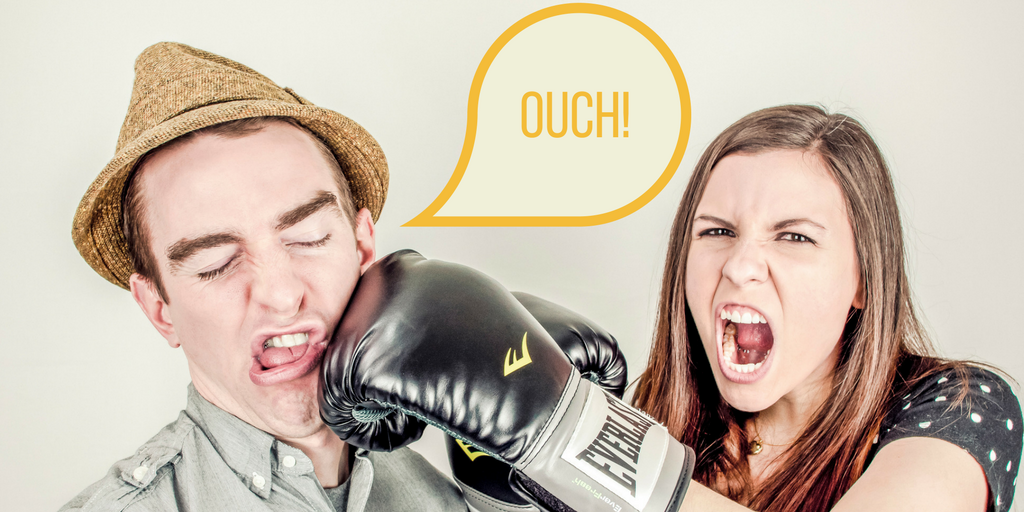 Work Is The Key To Travel, Not What's Preventing It

That's the important part of the travel bloggers' advice: even those who fall for the necessity of using catchy headlines usually also provide tips for you to make money on the road. Unfortunately, we often only listen to what we want to hear: being broke is the best tie to travel? Awesome, I'm broke, here I go! I'll have to work when I'm traveling? Yeah, yeah, we'll see later...

That's a shame. It's the point where the responsibility of setting people on a dangerous path is shared by both the writer and the reader.

As travel blogger Nina from Where In The World Is Nina said in her article on the Huffington Post, if you want to leave for a few weeks, there's no need for you to quit your job and sell everything you have, since you're basically taking long vacations.

If you're serious about traveling long-term, get ready to put in some extra work. Nina even suggests taking another job before you leave, because you need to save even more! I wrote more extensively about this in this post on how to make it as a digital nomad and provided some tips to make money while traveling. 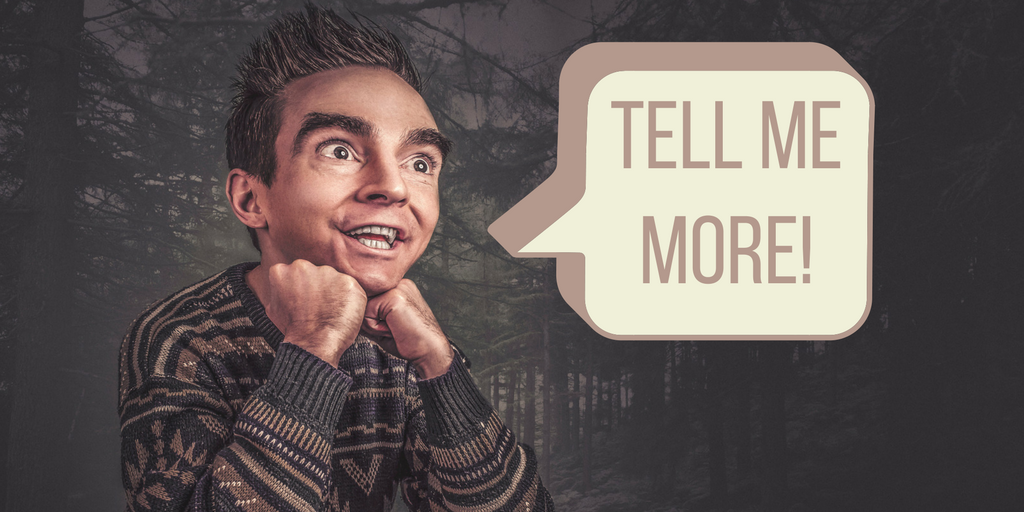 You Need To Sort Out Your Priorities

Unfortunately, that's the cold hard truth: you can couchsurf a few nights, hitchhike your way to your next destination, be graciously offered a free meal... At some point, these options might not be available, and you'll have to pay for the luxury of traveling. At the very least, you'll engage in "voluntourism": in exchange for volunteer work, you get a roof over your head and food on your plate, plus some time to be a tourist.

That's why I hope you did leave with some savings. And even if you did, that money will eventually run out. What happens then? Either you kiss your dream goodbye, or you get some work to keep living it.

There are two complementary ways to finance. We already touched upon it: make some money by working, either before leaving or when you're abroad. The second is to save money. Now that's the most critical part in my opinion. It's also the easiest one, provided that you're clear on your priorities. As Zeinab from Runaway Habit puts it, being broke is sometimes a lame excuse for not being able to travel.

Let's say you're a smoker. Two packs a week. Or you love drinking out at the bar. Or maybe you "have to" buy these new clothes every other week. Now I assume either option would cost you about 15€ a week. That's 60€ a month. That's 720€ a year. That's an amazing week in South-East Asia. Cut these expenses in half and that's a terrific trip to Eastern Europe.

All it takes is to be clear on what you want and start acting to make it happen. However...

Traveling Isn't For Everyone

Travelers who write about their lifestyle often present it as the best way to live your life. I'm ready to plead guilty, I'm sure I did.

But it's not the only way to give meaning to your life! You might actually hate it. Not being able to build long-term relationships, moving every other month, worrying about what could happen...

It's a life that I found amazingly enriching, yet I know some of my closest friends and relatives would hate. But it is systematically sold has the best life you could possibly imagine.

Travelling has so many benefits, I think you should travel more than you do. But don't go all during the first hand: baby steps, start with a weekend, a week, a month... You'll see if you like it and if you're ready for more!

You won't be traveling for long if you stay broke. You certainly don't need much to enjoy your trip, and I sincerely believe that you'll learn a lot by traveling on a budget.

But saying that being broke is the best time to travel is just BS. 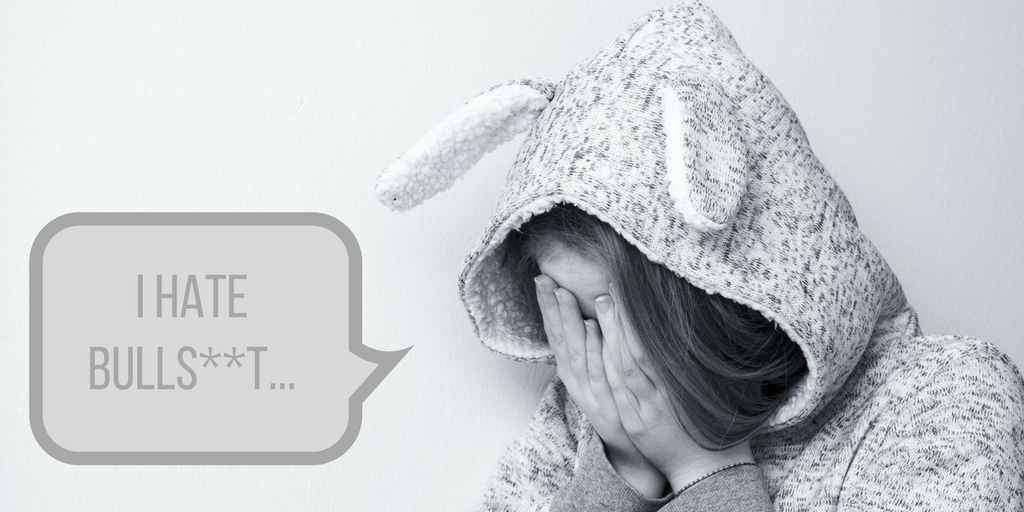 Did you know that the airline could owe you up to 600€ in compensation for your overbooked, canceled or delayed flight? That could help you travel more if you're broke... 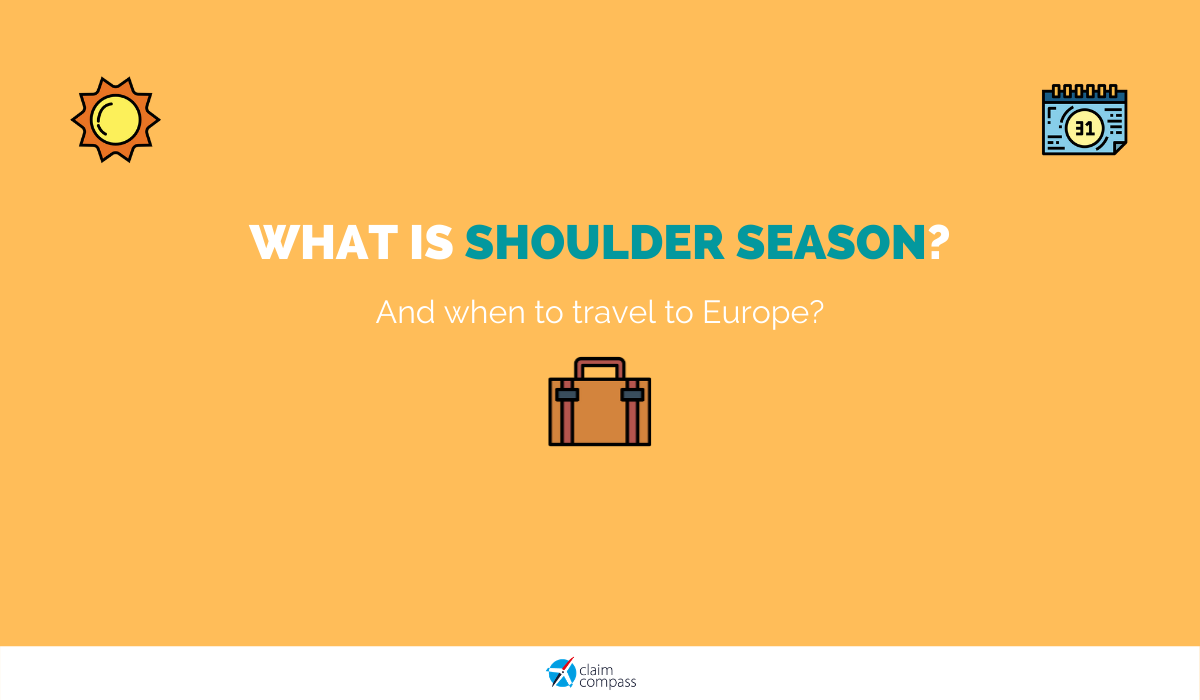 You wonder when and what is shoulder season? This post tells you everything you need to know about this expression from the travel industry jargon. 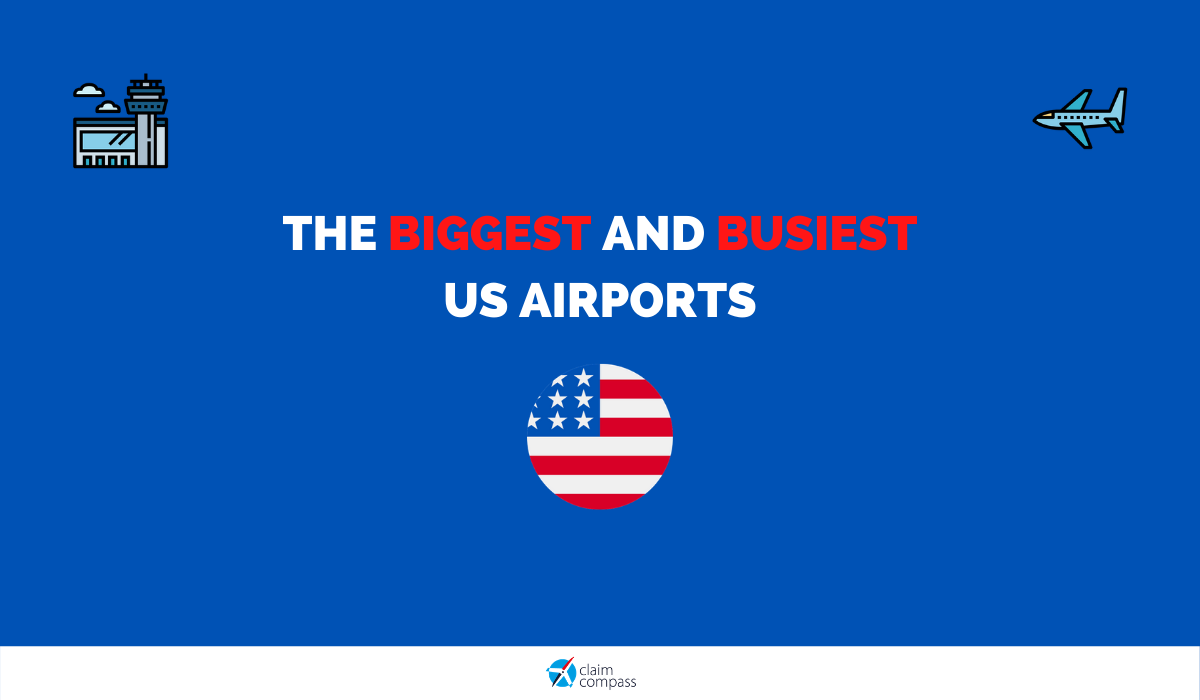 The ClaimCompass Blog
—
They Say That Being Broke Is The Best Time To Travel. Is It?
Share this