Flight attendants are your privileged contact during a flight. We know you’ve been curious about the secrets of their profession, so we met the lovely Veronika, who told us what it's like to work up in the clouds.

So how is it like being a flight attendant?

I love it even though it may be hard sometimes. I think what I like most is traveling and being able to make a living out of it. What’s awesome is to travel on a budget even when you’re not working. This job has its perks!

Do you remember your first day? Did you think "OMG what the hell did I get myself into?!"

Exactly! It was so stressful - I had absolutely no idea what was going on. It was a night flight. I was trained on the safety and emergency measures, but not at all on what was going to happen once I was on the plane. So I just followed what the other flight attendants would tell me. They were senior and already had a lot of experience - but honestly, they didn’t really guide me, they were mostly talking to each other. It really was a tough first one. 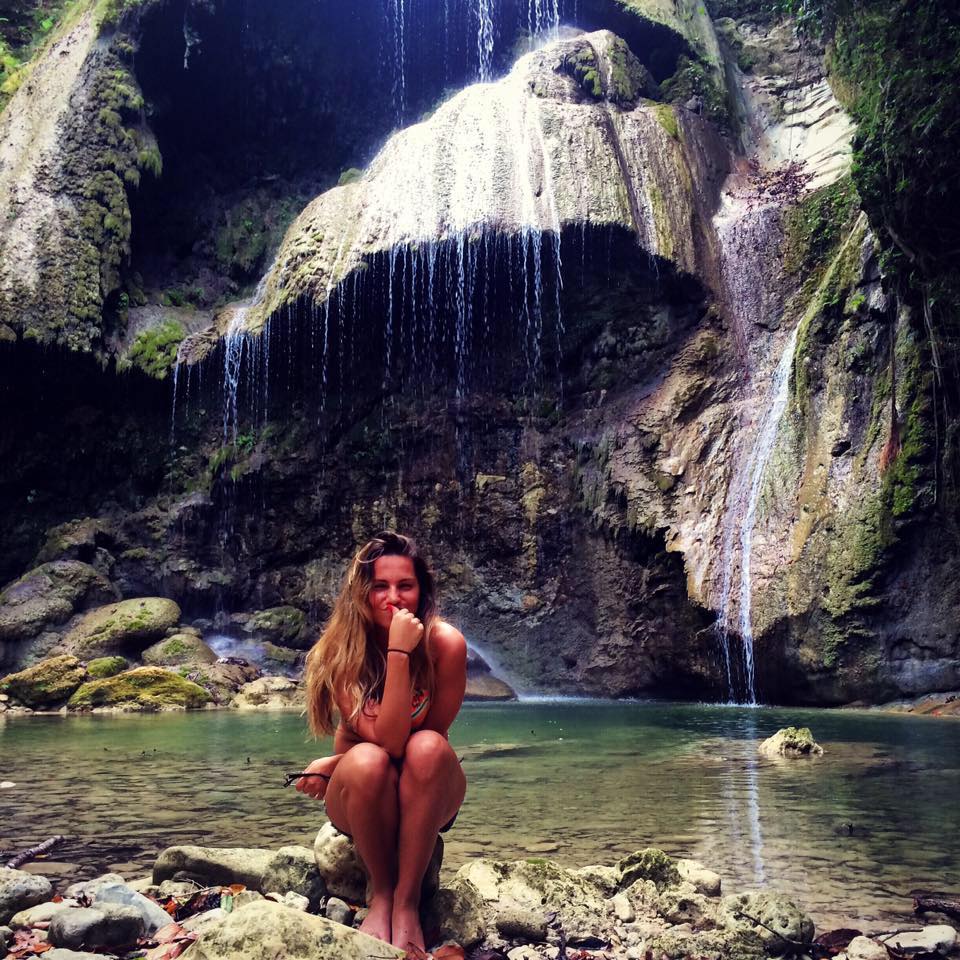 What's the most annoying thing passengers do?

Not everybody does it - thank god - but I really hate it when I’m walking down the aisle and people want to get my attention by grabbing me. It feels really rude to me - each seat has a bell button, that’s what they’re for! Or just a simple “Excuse me?” is usually enough. What hurts me most is when people are being rude to me because something went wrong. Of course, I understand the frustration and I know it’s easy to blame us because we are the passengers’ main contact - but there’s usually little chance that what happened to them was our fault.

How do you deal with passengers who are not that nice?

One story I remember is when one of my colleagues asked a rude passenger to take his seat because the “Fasten your seat belts” sign was on. At first, he didn’t listen, but then another flight attendant repeated the request - turns out, the angry passenger just needed to hear it from a different person.

My favorite funny story is about the very first flight of a passenger who was sitting by the window of a flight I attended. Everything was going fine for him, until the plane went up and left the clouds beneath it. The passenger started to freak out and was completely panicked. He asked us: “Why are we flying upside down?!”, because he didn’t think we could go above the clouds. He actually believed that because they were now beneath us, the pilot was flying upside down. It was a bit embarrassing for him but everyone had a good laugh.

Do flight attendants hang out with pilots?

It really depends on who’s on the crew. Most senior pilots prefer to stay together and don’t tend to mix up. However, there are a lot of flights where we hang out with the whole crew.

What are some of the misconceptions that people have about your job?

Some people think flight attendants cannot have a healthy family life, but I disagree: I still have 17 days off for holidays and the airline is very flexible. I can work part-time for a month if I need to. I feel like I have a better lifestyle than a lot of other jobs. There’s also a common belief that flight attendants have a lover in every country we travel to: maybe this is true for some, but definitely not for me!

I have a colleague who actually found her husband while on the job. She had a crush on one of the passengers and asked another flight attendant to give him a piece of paper with her number written on it. They have been married for 13 years now and have had 2 kids. Sounds like a love story from a movie, right?

I have a question related to what we do here at ClaimCompass. What are some of the real reasons causing flight delays? What is the true meaning behind "operational reasons"?

The most recent delay happened a couple of days ago. We just changed our catering company and they never arrive on time. And we simply cannot go on an 8-hours trip without food on board.
Sometimes, delays are the results of a mechanical problem on the runway that prevents the plane from taking off.

I know! Sometimes, airlines make up stupid excuses to cover up something else. But usually, when the plane remains on the ground for bad weather conditions, it can mean that there’s a storm on the path to our destination. Bad weather doesn’t refer to the weather where we take off.

The ClaimCompass Blog
—
What You've Always Wanted to Ask a Flight Attendant: Your Questions Answered
Share this